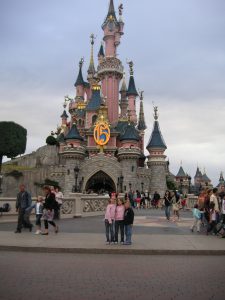 There’s controversy swirling over Disney stories again. After reading Snow White, actress Kristen Bell asks her daughters, “Don’t you think that it’s weird that the prince kisses Snow White without her permission? Because you cannot kiss someone if they’re sleeping!”

Consent is a hot topic these days. Freshmen on college campuses attend classes and discussions where counselors stress the necessity of consent but then have to define what it means. A “yes” is not a “yes” if the woman is too drunk to make rational decisions. (Of course, there’s very little discussion on the danger of getting drunk in the first place. And there’s no warning that if your decision-making capability is severely impaired by alcohol, it’s likely to be the same for the man you’re with.)

Ms. Bell obviously wants to begin this conversation with her daughters while they’re young. She should be commended for reading with her daughters and discussing hard topics. But this is a good example of misinterpretation of a text. Fairy tales are fiction, and they are often full of symbolic acts with deep meaning. The kiss in Snow White isn’t about sex. It’s about love. It’s about the kind of love that rescues the beloved.

When my daughter was three years old, I walked into a scary scene. My little Ruthie was on the lap of my grandmother, and I heard ominous words coming from the T.V. It was Maleficent declaring, “I summon all the powers of hell!” I exclaimed, “Grandma! What are you watching with my daughter?” It was Sleeping Beauty, and my grandmother’s response was instructive: “She needs to know that Satan is real and there is evil in the world.”

Fairy tales teach us about good and evil with good ultimately winning out. They teach us about love and hate and self-centeredness and sacrifice. It’s been a long time since I watched Sleeping Beauty. (My baby girls are grown.) But I know that it’s about jealousy and pride and evil that curses all that is good. It’s about a kingdom that has fallen asleep. And it’s about a prince who enters into the kingdom, conquers evil, wakes everyone up and marries his bride to live with her happily ever after.

Like Snow White, Sleeping Beauty is fiction and should be read as fiction. But both of these fairy tales point to The True Story: the story about evil that has marred a perfect world and left its inhabitants blind and asleep; the story about the prince who entered into this world and conquered evil by his own death; the story about this prince being raised from the dead and coming to marry his bride to live with her happily ever after.

Now, that’s a story worth talking to our children about!