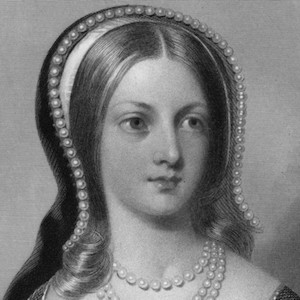 The priest pleaded with the young woman to renounce her faith and embrace the Roman Catholic Church. Only sixteen years of age, Lady Jane Grey had been the Protestant Queen of England for nine short days. Her cousin, the staunch Catholic Queen Mary, would pardon her life if only she would recant. Instead, Jane resolutely walked to the scaffold and publicly declared:

“I pray you all, good Christian people, to bear me witness that I die a true Christian woman. I do look to be saved by no other means, but only by the mercy of God, in the blood of his only Son Jesus Christ.” (Faith Cook, Lady Jane Grey: Nine Day Queen of England, Darlington, England: Evangelical Press, 2004 p. 198.)

Jane Grey’s confidence lay in the sure hope of the resurrection for those who trust in Christ alone.

Ann Hasseltine struggled to make her decision. She loved Adoniram and was even drawn by the excitement of exploring foreign lands. But was she willing to give up all the comforts of home for the dangers of the unknown? Could she endure leaving loved ones never to meet them again in this life? Adoniram Judson was headed to India in 1811 and had asked Ann to join him as his wife. Never before had any woman left America to become a missionary to unreached people. Ann’s contemplation of Jesus made the decision for her. In her diary she wrote:

“When I get near to God, and discern the excellence of the character of the Lord Jesus, and especially his power and willingness to save, I feel desirous, that the whole world should become acquainted with this Saviour. I am not only willing to spend my days among the heathen, in attempting to enlighten and save them, but I find much pleasure in the prospect. Yes, I am quite willing to give up temporal comforts, and live a life of hardship and trial, if it be the will of God.” (Sharon James, My Heart in His Hands, Durham, England: Evangelical Press, 1998 p. 38.)

Ann went with Adoniram. They did live a life of hardship, but together they saw “heathen” saved.

Mary King stirred her pot as she contemplated Sunday’s sermon. “Cook” was a faithful, godly woman who not only prepared hearty meals for the boys at Newmarket School, but also served up “good strong Calvinistic doctrine” to fifteen year-old Charles Spurgeon, who credited her with teaching him his theology:

“Many a time we have gone over the covenant of grace together, and talked of the personal election of the saints, their union to Christ, their final perseverance, and what vital godliness meant; and I do believe that I learnt more from her than I should have learned from any six doctors of divinity of the sort we have nowadays.” (C.H. Spurgeon, Autobiography: Volume 1 The Early Years, Edinburgh: Banner of Truth Trust, 1962 p. 39.)

Cook dished out spiritual food as well as meat and potatoes, and Charles Spurgeon never forgot what she taught him.

A queen, a bride and a cook: they were all steeped in Christian doctrine —biblical teaching about God. These women didn’t just endure theology. They relished the truths of the Christian faith. Doctrine affected their lives and overflowed to impact others.

As women in the modern world we lead busy lives. We may juggle the responsibilities of work and school and home. We wake up in the morning to dirty laundry and an inbox full of email. We go to bed at night after washing dishes, chasing deadlines and rocking babies to sleep. Sometimes life is overwhelming and sometimes it is just mundane. The God who sent His Son into the world to rescue sinners gives meaning to both the overwhelming and the mundane. He created us to enjoy knowing Him, and it is in knowing Him that we find both meaning and joy. Psalm 16:11 says, “You make known to me the path of life; in your presence there is fullness of joy; at your right hand are pleasures forevermore.” This is why Jesus commended Mary “who sat at the Lord’s feet and listened to his teaching” (Luke 10:39). In the midst of a busy household, Mary was enjoying doctrine — Jesus’ teaching about Himself and His Father. She chose the “the good portion” and couldn’t tear herself away.

How do you feel about doctrine? Do you dwell on the gospel, meditate on the excellencies of Christ and discuss the doctrines of grace? Do you relish the truths of the Christian faith? The Good Portion Series of books on doctrine, written by and for women, will fuel your enjoyment of God by encouraging a greater knowledge of Him. It is our hope that biblical doctrine will not only increase your head-knowledge but will be driven down into your heart, bearing fruit in your life and overflowing into the lives of others.